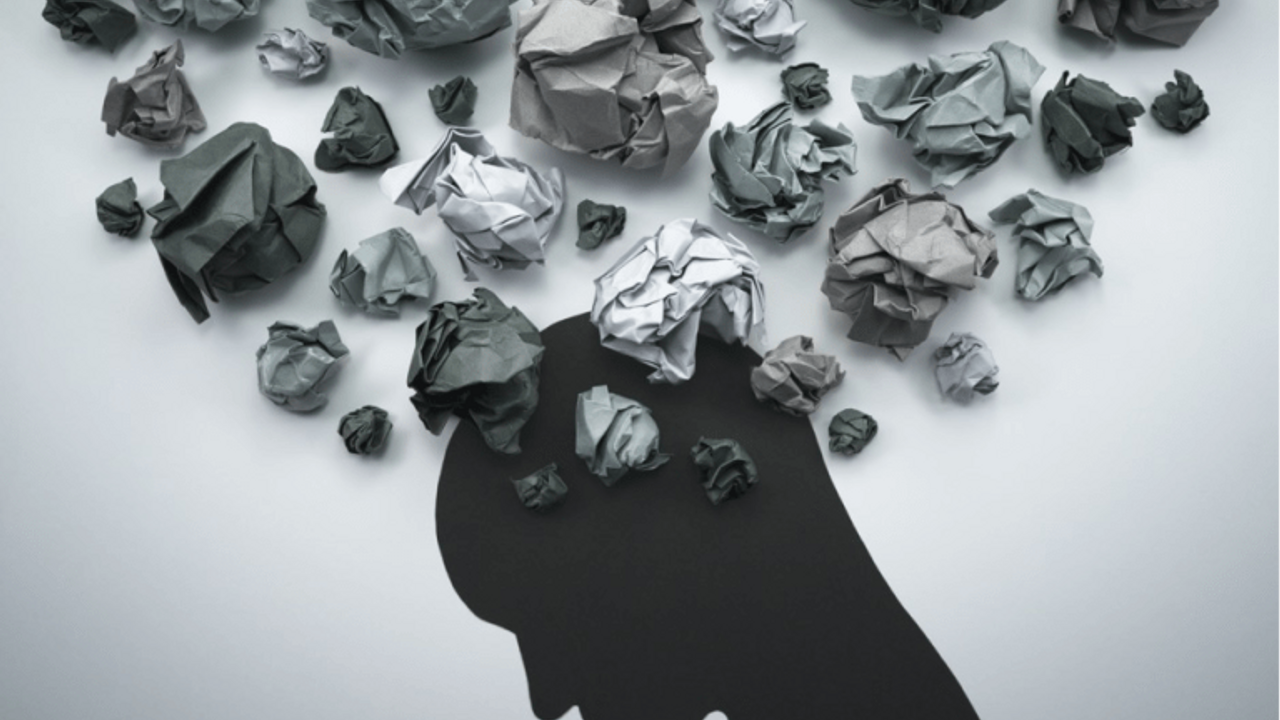 That’s me in the throes of Illness Anxiety.

On the outside I had to keep it all together… On the inside I felt crazy. Here is my story in overcoming illness anxiety: My journey.

So just how did my fun little rendezvous with anxiety (and, ultimately, a sickening, life-altering illness anxiety) begin? Well if I’m honest enough with myself, I think it’s been a feature in my existence all along.

I was a shy, introverted kid who rarely spoke to strangers and mostly nodded agreeably when asked to do things that I didn’t really want to do. I guess I figured this would gain me friends but guess what? I was wrong!! It just made me an agreeable kid with a few friends who took advantage of me.

Fast forward to high school and I’d finally figured out how to make friends and feel like I was part of something! How I went about doing that was not so great. I found that being a down right, angry mis-behaving,  bully (regardless of my smaller-than-average stature) worked well for me. I simply intimidated everyone around me so they’d rather have me in their corner than against them. Not a pleasant strategy but it worked.

Early Adulthood and The Journey Into Anxiety Became More Apparent

Fast forward again to early adulthood and, realising I couldn’t be an asshole anymore, I awoke to the fact that, while I was ambitious, I was still that scared, lonely little guy who really just wanted friends and to be loved!

And so I ventured forth into my world constantly striving for bigger better things. More travel. More parties. More drugs. More experiences.

And all the while I was still so unbelievably anxious. I was not able to converse with new people and please don’t get me started on the girls! Argh! You see back then I had no idea! No idea there was this thing – This blurry ghost of a thing –  That existed within me was something that fully controlled almost every decision I made.

And that little bastard is called anxiety!

Obviously I knew what the word meant, but I never cottoned on that this was a disorder that had the potential to destroy so much of what I was trying to accomplish in my life!!!

Fast forward a little more & BOOM!!! Without warning, one day in my already fairly established adulthood, in which I had a home, a kid and beautiful wife, it all fell apart. As in FUBAR (F#!cked Up Beyond All Recognition)! At least that’s how it felt, anyway.

I was a plumber with my own business and I was on a construction site one day working with the head of a building company.  And I was confronted by this nasty piece of work for an issue that, admittedly, was my fault. But this was, somehow, the last straw.

I found my self-worth questioned! And amongst trying to balance a cheque book, a business, employees, bills and a family, I felt my life crashing down around me like an ant mine!

Suddenly nauseous, I became unable to talk properly and felt like I had weirdly  developed a speech impediment. I had a dizzying, tingling, sensation and this strange separation from my being became apparent. It was awful!

But Being a “man” I simply told myself;  ‘Walk it off and get through this day and tomorrow you’ll be good”!

Tomorrow came and, sure, I was a little better but now I had this strange permanent nausea and a constant worry.

I kept wondering what else have I had stuffed up? Who else is angry with me? And like a freight train, the storm of negative, disbelieving thoughts rained down on me like a monsoon.

And It Became Illness Anxiety

Consumed with my fresh new hell, I attempted to go about my life pretending that it was temporary. Pretending that it would get better and not knowing if it would. This worry now becoming my next and additional fear.

Slowly but surely days became weeks ,weeks became months and before I had a chance to register what was happening, I had become a nervous blithering idiot. (And,  what appeared to me to be, an extremely sickly person).

I developed GERD, (Gastro-Esophagal Reflux Disease) and IBS (Irritable Bowel Syndrome). I had the strangest lump in my throat.  I then turned to cigarettes (an old demon that I had managed to exorcise four  years prior) “to ease my stress” and suddenly developed major breathing difficulties.

I became obsessed with my health and was feeling real physical symptoms of illness. I went from doctor to doctor trying to find answers. I spent countless hours Googling everything plaguing me. (Please never do this by the way). And found only more things to worry about.

I literally thought I was dying and could not free myself from this looping sh#!thole of an existence.

It all came to a head when one night when I woke up convinced that I couldn’t get enough air and I was definitely not going to make it. At that moment my little girl, 2  years old, stumbled into the room needing the toilet.  I promptly bounced out of bed and, pretending I was fine, assisted her. She was so sweet and tiny and the thought of not seeing her grow up destroyed me.

I put her back to bed and crept back to my own. And then sobbed. I sobbed to the point of waking my wife. Feeling completely ashamed, I looked at her beautiful sleepy face and said “I don’t want to die!”

And this, my friends, is where my journey in overcoming Illness Anxiety truly begins!

It Is Just An Experience Of Anxiety

Dumbfounded, she frowned at me and calmly said, ”No my sweetheart you’re not!”

“You’re having a panic attack”

And calmly told me that I  actually suffer from anxiety. (Now I must add that she’s a clinical psychologist and she knows her stuff)

This time I frowned, “Babe, you don’t understand” I said, “I can’t breathe and it’s getting worse!”.

She touched my face gently and said “I’m sure it feels that way but it’s not. I know you and I know how you breath when you’re asleep!” “And you know what?”

And like lightning it struck me! “holy shit !” I thought ”I have a disorder”

The realisation that I had an actual bona fide problem that I could try and fix. But how?

She went on to explain the intricacies of this illness and how incredibly difficult it can be to recognise and understand. She explained how it could come with mind-blowing physical manifestations associated with the fight or flight response. And it finally made sense.

I finally had an answer to why I had felt this way for so long. I now had something that could be figured out and, maybe, even solved!

And so my quest began.

The Journey To Wellness Began

What medications could I take to improve my situation?

What professionals could I see?

What could I do to get back to being “the old me?!”

And with each question, new questions began to arise.

But I felt better… I had become proactive instead of reactive. And while my journey and learning were far from over, I felt I was finally headed in a positive direction.

I worked my way through so many podcasts, YouTube vidoes and books. Sifting through every piece of information I could find. At times it was overwhelming how much was out there. And everyone seems to have a cure. But finding answers and methods that would work for me became my new obsession.

I was amazed that the answers were so many. Some easy to find and some needed some serious digging around. But what I learned changed my life and changed my position in it.

You see I’m at a point in my life now where I’m great full for that experience because it lead me to a place where I now can talk to anyone. Sure I feel anxious at times, but it doesn’t cripple me. I can easily and effectively recognise when anxiety rears its ugly head and how to avoid getting stuck in a cycle with it. I know how to focus on what’s important and not on every new sensation that has appeared.

Gaining real knowledge and understanding of this beast called anxiety was a massive turning point. But from there I needed to learn how to be with this experience. How to be present and allow it into my life without becoming the sole focus.

I needed to learn how to shift my focus and keep it there while an experience of anxiety continued in the background.

Through this journey I have found a sense of inner peace and contentment. And while I still have to work for it every day, I’ve found true freedom and allow myself to experience happiness too. And I am in great physical shape too – all of which I can attribute to these simple techniques and practices that have made life beautiful again.

My Message To You

You are not abnormal.

You are not dying.

The symptoms you experience that feel like real physical problems are, very likely, anxiety. If you have been to a doctor and the check-up is clear, then accept that you are experiencing anxiety and start working toward an understanding and experience of it that allows you to move through it.

You are not alone. I have been there and I am here now.

If you are interested in learning more about what Des discovered please sign up to our Free Community and receive ongoing support in your journey. Sign Up Here

Get All The Info Here...